How to prune a fig tree in Canada? 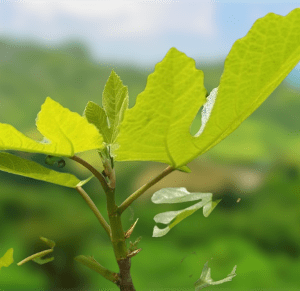 If fig trees in Canada are well pruned, they will be healthy and resistant to harsh winters. The fig tree can grow in the Canadian climate. When should figs be pruned? What is the best way to prune a fig tree? Should fig trees be pruned every year? Can you cut the top of a fig tree? Fig trees should be pruned in different ways during the sapling and growth phase. The dried and diseased branches of the tree are cleaned. Shortening pruning is applied on all branches. The remaining branches are cut to 8-10 cm in diameter and the old crown of the tree is discarded. The new branches that will be used in the formation of the new crown after cutting are developed by applying shape pruning. Rejuvenation pruning can be done in a year or in two years.

What season is fig pruning done in Canada? If fig trees are left to their natural state without pruning, the main branches grow longitudinally and the lower parts of the trees remain bare. Fig trees are pruned in summer and winter. Fig Tree Pruning in Winter: After the trees have shed their leaves, during the entire rest period and Generally, pruning is done between January and February. In countries with a temperate climate as soon as the trees shed their leaves, pruning can be started from November. Is the fig tree pruned in summer? Figs can be pruned during the summer months. Figs are pruned in the summer months of May, June and July. More too much bending, bending, removing unnecessary branches, etc. pruning is done.

Pruning Methods on a Fig Tree or Sapling, It is an important process that should be done in order to obtain high quality figs, extend the economic life of the tree and increase the yield.

When should I prune a fig tree in Canada?

In a balanced growing tree, it should dilute to ensure that the light is well treated all around. Thus, product shoots develop strongly. In newly planted saplings, it is aimed to take the shape of the tree until it gives fruit. The purpose of pruning is to shape the tree. With shape pruning, a large number of good fruits are obtained by pruning at the desired height, properly, strongly and in a balanced way with each other. Pruning should be done softly in proportion to the strength of growth in trees. So strong growing tree light, normal growing tree medium, weak growing trees are pruned strongly.

Fig tree pruning; The fig sapling is pruned when the newly planted seedlings rise 1 meter from the ground. In order to form the first main branches that will shape the crown of the tree; from this chosen height and Write other shoots by leaving 3-4 suitable eyes close to the cut point (June). – in July) pruned in season. 3-4 skeletal main branches consisting of eyes selected during planting in the first winter pruning is selected. These main branches are distributed at an equal angle around the tree trunk and between them A distance of approximately 15 cm is left.

Again, every winter the voracious branches on the trunk of the tree should be removed. In this way the fifth or At the end of the sixth year, shape pruning was completed, the main branches were short, strong and balanced. an overgrown, hemispherical tree is obtained.

With crop pruning; By providing sufficient lighting and ventilation in the tree, it will yield products.
With the strong development of shoots, it is aimed to obtain better quality products. Branches and shoots to be diluted in crop pruning are cut from the bottom. dry branches, broken branches, diseased branches, twigs touching the ground, gluttonous twigs, too elongated formless arms and congested branches are removed. It should be noted that crop pruning should not be done too harshly. Otherwise the tree goes into exile a lot and the yield suddenly drops.

What are the purposes of fig tree pruning?