How long does it take to bear fruit on a plum tree? 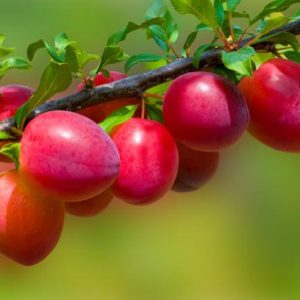 What is a plum tree? In how many years does the plum tree bear fruit? General information about the plum tree. Due to the multitude of subspecies with different characteristics in plum cultivation, the climate their requests differ from each other. Japanese plums bloom 10-15 days earlier than European plums. It is more likely to be damaged by spring frosts.

What kind of plums are the sweetest?

Diseases of the plum tree

What does fungus look like on a plum tree? What does plum pox look like? Why does my plum tree look like it’s dying? What is the best fungicide for plum trees?

Where is the best place to plant a plum tree?

The climatic demands of plum species are different from each other. Among the existing species, it is P. cerasifera that can best adapt to different climatic conditions. European plum (P. domestica) is a cold temperate fruit with relatively cold winters. Japanese plums (P. salinica) do well in colder regions. Deep tillage should be avoided as the plum roots are spread close to the soil surface.

What is the best time to fertilize fruit trees?

Nitrogenous fertilizers should be given at the end of winter before spring development begins. It is not recommended to apply nitrogen fertilizer after mid-June.

European Plums; It produces sparsely branched, sometimes upright, sometimes broad and sometimes drooping-crowned trees. Trees can rise up to 12 m. It is usually spineless. Flower buds are large, brown and pointed. The fruits are generally long, egg-shaped, sweet, less juicy and easy to remove from the core flesh are separated.

One thought on “How long does it take to bear fruit on a plum tree?”